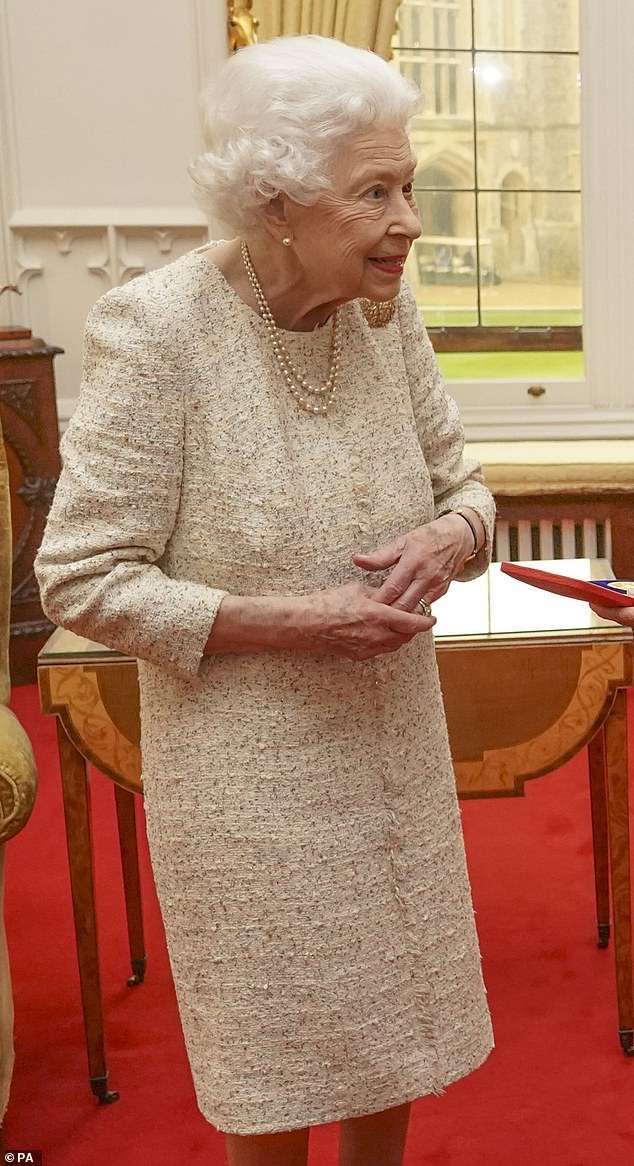 European monarchs have confirmed their attendance at Prince Philip’s memorial at the end of the month – but Queen Elizabeth’s attendance is now ‘in the balance’, a royal expert has claimed.

The Duke of Edinburgh’s funeral was held last April at Windsor Castle when pandemic rules stipulated that only 30 people could attend, and a memorial has been planned for March 29 to provide an opportunity for more friends and dignitaries to mark his lifetime of duty.

Royals including the Kings and Queens of The Netherlands, Sweden, Belgium and Spain are amoung those who have announced they are attending.

However it has now emerged Queen Elizabeth may not be able to attend the memorial service.

Speaking on True Royalty TV’s, Russell Myers told The Royal Beat: ‘You have to be realistic. [She is] just weeks away from 96, she has accepted her own limitations.

Kings and Queens from across the world have confirmed their attendance at Prince Philip’s memorial at the end of the month – but Queen Elizabeth’s attendance is now ‘in the balance’, a royal expert has claimed

‘She’s having issues moving around, [and is] described by people at the Palace as having good days and less good days…

‘I don’t think we’ll ever see her step back, but we probably will see her less and less.

‘Will she make Prince Philip’s memorial service in a few days? That’s in the balance.’

Meanwhile Alan Jones, Royal Correspondent for the UK’s Press Association news agency, adds: ‘The Queen obviously wanted to be at the Commonwealth Service… but she’s got mobility issues. ‘The word we’ve been guided to use is the Queen’s comfort [is the priority].’

There are a host of other European royals set to fly into London to attend the service next week, including Sweden’s King Carl XVI Gustaf and Queen Silvia, Norway’s King Harald and Queen Sonja and King Felipe and Queen Letizia of Spain.

Meanwhile Princess Beatrix, the former Queen of The Netherlands, will be joined by her son, King Willem-Alexander, and his wife, Queen Maxima at the event.

It has also been confirmed King Philippe and Queen Mathilde of Belgium will pay their respects at the event, as well as Queen Margrethe of Denmark.

Margareta, Custodian of the Crown of Romania and Prince Radu will also attend the Service of Thanksgiving for the life of The Duke of Edinburgh next week. While a guestlist has not been announced for the event, it is understood that senior members of the royal family including the Prince of Wales and Camilla, the Duke and Duchess of Cambridge, the Princess Royal and husband Vice Admiral Timothy Laurence, and the Earl and Countess of Wessex will be in attendance.

It’s likely the Queen and Prince Philip’s other grandchildren will also attend, including Princess Beatrice and Edoardo Mapelli Mozzi, Princess Eugenie and her husband Jack Brooksbank, Zara Tindall and her husband Mike and Peter Philips.

Others from his funeral guest list to attend the memorial could include the Queen’s first cousins Princess Alexandra, the Duke of Gloucester and the Duke of Kent, who loyally supported the monarch and Philip by carrying out royal duties over the decades.

The children of the Queen’s late sister Princess Margaret – the Earl of Snowdon and Lady Sarah Chatto and her husband David Chatto – may also be in attendance. There are a host of other European royals set to fly into London to attend the service next week, including Sweden’s King Carl XVI Gustaf and Queen Silvia

While it is unknown if they will definitely be in attendance, it’s likely they will be invited given their close relationship with the Duke.

It comes after fears grew among courtiers last weekend that the Queen may be forced to pull out of the thanksgiving service for Prince Philip at the end of the month.

While the Queen ‘still hopes’ to attend Philip’s service, which will be held at the abbey on March 29, she may not be mobile enough to do so. The Mail on Sunday understood she has ruled out the option of using a wheelchair at this stage and remains determined to continue to walk for as long as possible.

This is despite the Monarch reportedly being too frail to walk her beloved corgis over the last six months.

The Queen, who turns 96 next month and has recently recovered from Covid, was this week moving around Windsor Castle without a walking stick and is not suffering from a new illness.

Nevertheless, her mobility issues remain at the heart of a ‘regretful’ decision taken late on Friday to pull out of the annual Commonwealth Service, which is usually a highlight in her calendar.

Detailed plans are being configured to find a way in which the Queen may comfortably attend the service for Philip, Britain’s longest-serving consort and the beloved husband she once referred to as ‘my strength and stay’. The thanksgiving service has already been cut down to a relatively brief 50 minutes and to save the Queen from the long walk down the aisle to reach her seat, a side door may be deployed. Yet even that may prove too much.

Penny Junor, a royal biographer, said: ‘The Queen is extraordinary. She has gone on with great vigour for years but we have to remember she is 95 and not superhuman.

‘In other respects, she is on great form. The Queen is fantastic on Zoom calls, but I think events where she is required to walk or go up any steps are not going to be feasible any more.

‘And fortunately we have the technology that means she is not going to disappear from view altogether.’

But reports said she has been unable to walk her corgis over the last six months and there are fears she may never again. A source told the Sun: ‘She is not well enough.

‘The Queen usually turns to her beloved corgis in time of crisis and stress and took them out almost every day after Philip fell ill and then died last year.

‘They are an enormous source of solace, so it is a real shame.’

Last month, while receiving the incoming and outgoing Defence Services Secretaries, the Queen quipped: ‘I’m here. Good morning. Well, as you can see I can’t move.’

She gestured at her feet before shuffling forward slightly to greet the pair. A Palace source later said her comments referred to feeling stiff rather than being unwell.

The Queen has not appeared at a formal public engagement since October 19.

Yet she has carried out numerous video calls and last Monday met Canadian Prime Minister Justin Trudeau at Windsor Castle.

It seems increasingly unlikely, however, that she will make many appearances during this summer’s Platinum Jubilee celebrations.

A Palace source said: ‘Unlike previous jubilees, the Queen won’t be at every event, but she will be at the significant moments.’

This episode of The Royal Beat will be available on 18 March on True Royalty TV.

‘He can go to the Netherlands but not to see his own grandmother’: Prince Harry clowns around in orange for video plugging Invictus Games event to be held in Holland – hours after announcing he will miss Philip’s memorial service

The light-hearted footage was released just hours after he announced he would not travel to Britain to attend Prince Philip’s thanksgiving service this month.

While the Prince will not be at Westminster Abbey on March 29, his spokesman said he would attend the sports competition for wounded servicemen and women in The Hague from April 16.

The clip shows the Duke of Sussex learning Dutch ahead of the games, before ripping off his hoodie top to reveal an all-orange outfit. During the promo piece, which appears to have been filmed in the $14 million California mansion he shares with wife Meghan Markle and his children Archie, 2, and Lilibet, 9 months, Harry is seen telling his team he ‘really wants to get this right’, as he asks them how to say various phrases in Dutch.

After mastering some words, he puts on orange sunglasses and a hat, before tearing off his hoodie to reveal an orange t-shirt. Pointing down into the camera, he tells his Invictus colleagues he is ‘ready’ for the games.

Former royal chef Darren McGrady, who cooked for Harry’s mother, Princess Diana, said: ‘His grandfather would have given him a clip around the ear and told him to grow up.

‘The Queen will be devastated, and Princess Diana would, too, if she were here.’

A source told The MoS that the Queen ‘very much wants to see Harry and Meghan’s children’, including nine-month-old Lilibet – the Monarch’s childhood nickname – whom she has never met.

Royal biographer Angela Levin has slammed the Duke as a ‘child stamping his feet’ over the decision and said the move was tantamount to ‘blackmail’, warning the Duke could use dropping out of major events at the last minute as leverage to secure personal protective security in the UK.

Levin warned that although Harry ‘has snubbed the Duke of Edinburgh but really he is snubbing the Queen’ who is still ‘grieving the loss of her husband of 73 years’ – and was only given 15 minutes advance notice of Harry’s announcement on Friday evening.

‘He has got this all wrong. If he comes over for a royal event he gets police protection. What they won’t do is, if he goes out with his friends he gets security. He’ll probably use this same excuse to try to get out of the Platinum Jubilee celebrations,’ she said.

‘It’s all about ‘me, me, me’ rather than going out of his way for his grandmother and showing her he cares. He’s behaving like a child stamping his feet’.

Advertisement
Related Topics:
Up Next 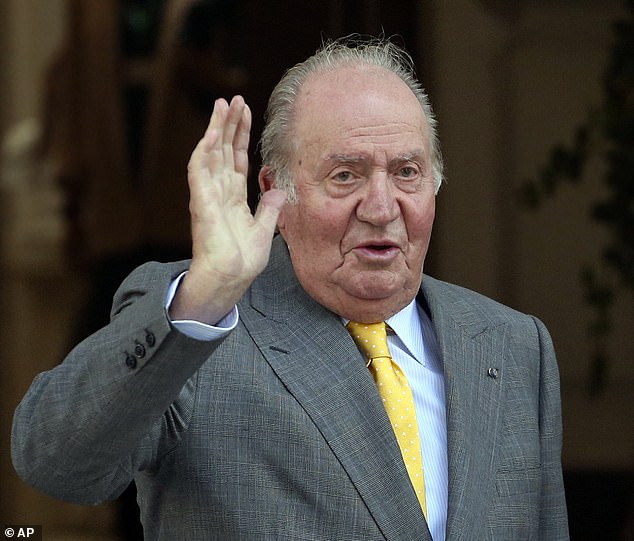 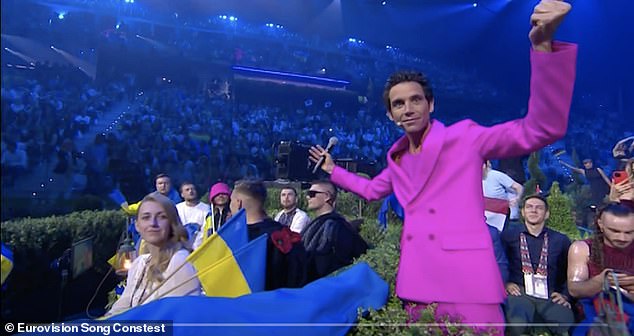