The blistering ‘Lucifer’ heat dome kept its grip on southern Europe today with temperatures of 100F (38C) and forecasters warn the mercury will soar again tomorrow.

The Saharan anticyclone hit Portugal and central Italy today after boiling Sicily to a record breaking high of 119.8F and causing over 500 fires across southern Europe yesterday.

It is the latest in a bout of extreme weather in Europe after flash floods hit northern Turkey on Wednesday as wildfires continued to burn in Greece, Italy, and Algeria, where at least 69 have died.

While temperatures topped 122.5F (50.3C) in Tunisia on Thursday, a record high for the country, and a resort near the Alicante was hit by a meteotsunami.

And the anticyclone’s continued movement north across mainland Italy, Portugal, and Spain has increased fears of more life-threatening wildfires across the continent.

It comes after a damning UN report on Monday warned the world is already experiencing the effects of climate change and that they are set to get rapidly worse.

Flooding and wildfires have fast become the norm both in the Mediterranean – including the Greek islands, Alicante, Sicily, Turkey and Algeria in Northern Africa

The Saharan anticyclone has caused over 500 fires across Italy after pushing the mercury to a sweltering 119.8F – a record breaking high

A blistering heat dome dubbed ‘Lucifer’ was heading north to Portugal, central Italy, and towards Rome on Thursday as hot air from the Sahara continued to engulf large parts of the Mediterranean region

Sicily recorded Europe’s highest ever temperature yesterday as it sweltered in a 119F ‘heat dome’ as hot air from the Sahara continued to engulf large parts of the Mediterranean region.

The region’s agriculture-meteorological information service (SIAS) said a record-breaking 119.8F was recorded in the city of Syracuse, which lies on the southeast coast of the island, after an anticyclone, dubbed ‘Lucifer’, swept across the country.

The previous highest temperature ever recorded on the European continent was 118F in Athens in 1977.  The temperature in Sicily is yet to be independently confirmed by the World Meteorological Organization (WMO).

A WMO spokesperson told the MailOnline researchers were ‘actively looking into this observation’.

The Italian agriculture lobby Coldiretti said Thursday that 20 per cent of the tomato crop in Italy’s south was lost due to torrid heat and humidity. Italy exports nearly 2 billion euros ($2.4 billion) worth of tomatoes and tomato products like canned or bottled sauce throughout the world.

And in many places, forecasters said worse was expected to come.

In Italy, 15 cities including Rome, Florence, Palermor, and Bolzano, which is usually a refreshing hot-weather escape in the Alps, received warnings from the health ministry about high temperatures and humidity with peaks predicted for Friday.

The local National Health Service offices in Rome and Bologna telephoned older residents who live alone to see if they needed groceries or medicines delivered so they wouldn’t venture out in the searing heat.

At the ancient Colosseum, Civil Protection volunteers distributed hundreds of bottles of water to visitors.

The Italian air force, which oversees the national weather service, said the interior parts of the islands of Sardinia and Sicily could expect to see temperatures upwards of 104F (40C) by Friday. By early afternoon on Thursday in Rome, the city famous for its ornamental as well as strategically placed sidewalk drinking fountains sizzled in 100F (38C) heat.

Stifling heat kept its grip on much of Southern Europe on Thursday, driving people indoors at midday, and making sightseeing difficult for tourists

In Italy, 15 cities including Rome, Florence, and Palermo, received warnings from the health ministry about high temperatures and humidity with peaks predicted for Friday

People enjoy a cool dip in the sea as anticyclone Lucifer swept through Italy on Thursday, bringing blistering heats of over 119F

People cools their pets down in a fountain in Catania, Sicily on Wednesday as temperatures hit 45C

A woman sits near a fountain in a street of Catania, Sicily, Southern Italy, as the country faces a heatwave

Sicilian residents on Wednesday described the heat as ‘unbearable’ and said the temperatures were making it difficult to breath.

‘It’s really difficult to breathe, so even going outside, there’s a sort of warm wind – almost like a siroc of wind – and it makes it really really hard to breathe’, Fabio Basile told BBC Newsnight.

But Basile, who moved to the UK from Sicily 18 years ago, said residents had received little advice from authorities with only warnings ‘for the elderly to stay inside and cool down.’

He said Sicily residents were relying on air-con in some of the homes but admitted ‘it’s not the best solution for the planet’.

Firefighters in Italy said they had been involved in more than 3,000 fire-fighting operations in Sicily and Calabria in the last 12 hours as mercury levels continued to rise and bring severe changes in atmospheric pressure.

They said the situation was now ‘under control’ on the island but local media reported that trees and land were burning in the Madonie mountains some 100 km from the Sicilian capital of Palermo and in the small town of Linguaglossa, on the slopes of the Etna volcano.

‘Our small town was really invaded by fire. It is a catastrophe … We are living through some really sad moments,’ said Giovanna Licitra, from the village of Giarratana in the south of the island which was hit by fires on Wednesday.

Serious damage has also been reported in Calabria, the toe of Italy’s ‘boot’.

The burned body of a 79-year-old man was found in the Reggio Calabria area on Wednesday, while another man, aged 77, died in the same region after trying to shelter his herd from the flames, news agencies reported.

Their deaths follow those of a 53-year-old woman and her 35-year-old nephew, also in Reggio Calabria, who died last Friday trying to save the family olive grove.

Last week Italy’s fire service was also battling blazes in the southern town of Gravina in Puglia and San Giacomo degli Schiavoni, further to the north, after infernos in Sicily and Pescara at the weekend.

Regional authorities in Sicily have declared a state of emergency as a result of the fires, while 50 voluntary fire-fighting teams from around Italy have flown in to help battle the blazes.

Fires raged in Ragusa area, on Sicily, on Thursday after hot weather from anticyclone Lucifer and strong winds helped to ignite the blazes

Regional authorities in Sicily have declared a state of emergency as a result of the fires, while 50 voluntary fire-fighting teams from around Italy have flown in to help battle the blazes

A volunteer helps firefighters control wild blazes in Fuscaldo, in Calabria, Italy, on Wednesday after flames were ignited by hot weather

In Spain, the national weather service warned temperatures could hit 111F (44C) in some areas in coming days. Parts of the northeastern Catalonia region were forecast to reach 107.6F (42C) on Thursday.

Authorities in Barcelona, the Catalan capital, designated 162 museums, libraries, schools and other public places around the city as ‘climate shelters.’

The sites offered an escape from the heat, cool drinking water and staff trained in dealing with heatstroke.

Spain’s weather service, AEMET, on Wednesday recorded a temperature of 116F in the Costa Del Sol and said mercury levels could also surpass 111F in other areas later in the week.

As the temperatures across Europe continue to rise, lead forecaster at Severe Weather EU, Marko Korosec, said a ‘more intense heatwave is expected to develop for Spain and Portugal’ later this week.

He said: ‘Towards the weekend, the heat dome and the upper ridge is expected to expand also across the Iberian peninsula.

‘Coming into Friday, the heatwave significantly ramps up as much warmer air mass advects farther north and west across the Iberian peninsula.’

AEMET, said ‘the maximum and minimum temperatures will reach levels far above the normal for this time of the year’.

Adding: ‘Mainland Spain and the Balearic Islands are facing a probable heatwave.

‘This could lead to adverse effects on people’s health and to a significant risk of forest fires.’

Portugal’s prime minister António Costa warned on Wednesday the hot weather would increase the threat of wildfires, which in 2017 killed more than 100 people in the country.

Mr Costa urged people to take special care amid the scorching weather and wildfire danger, adding that many wildfires start with ‘careless behaviour’.

He also said said ‘the terrible images’ from Greece and Turkey in recent days had brought back memories of the disaster in 2017.

‘We don’t want to see that scenario here again,’ Mr Costa said in a videotaped message at his official residence.

Heat warnings were also issued on Wednesday in southern France, where forecasters warned of a ‘very severe risk’ of fires due to the combination of dry and windy weather.

And Greek authorities warned the public to avoid unnecessary journeys as temperatures rose to 113F in some parts.

‘We have a period of severe drought, we cannot take any more water from the river,’ Zoran Barac, the head of a local water supply utility company, told Serbian state broadcaster RTS.

In Spain, the national weather service warned temperatures could hit 111F (44C) in some areas in coming days. Parts of the northeastern Catalonia region were forecast to reach 107.6F (42C) on Thursday

Authorities in Barcelona, the Catalan capital, designated 162 museums, libraries, schools and other public places around the city as ‘climate shelters’, but many residents were seen relaxing in shadows

A woman on a rowing boat protects herself from the sun with an umbrella in the Retiro park in Madrid, Spain, as a heatwave continues to scorch southern Europe

Children refresh themselves playing on a water-jets fountain in Zaragoza, northeast Spain, on Thursday after the mercury hit 100F

Workers on a construction site stop to have a drink in Madrid, Spain, as Europe roasts in a hear dome

A woman fans herself in Madrid, Spain, Tuesday, as temperatures begin to rise at the start of the heatwave

TURKEY GRIPPED BY MUDSLIDES AND FIRES 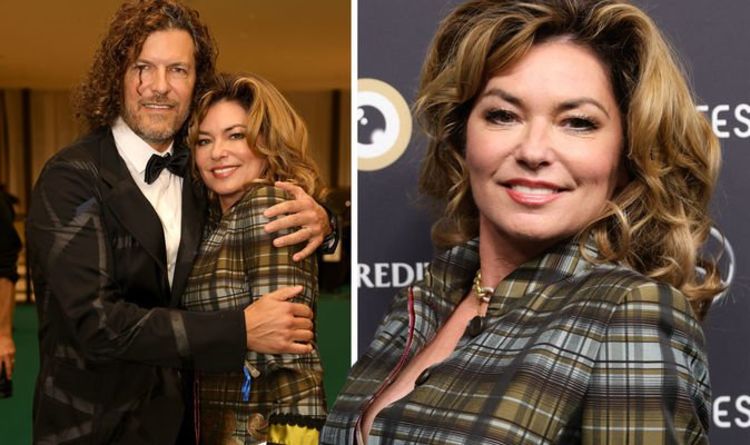 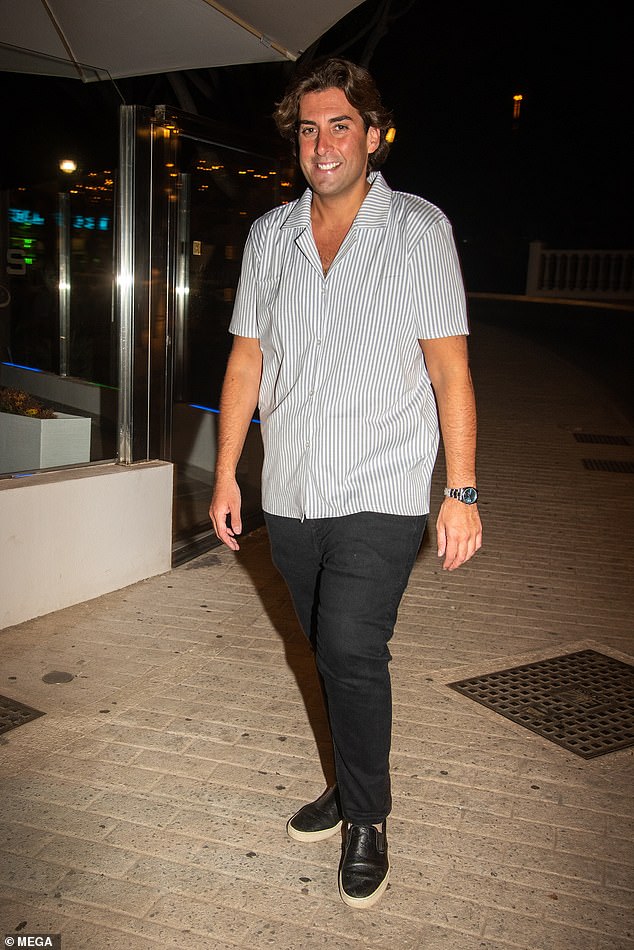 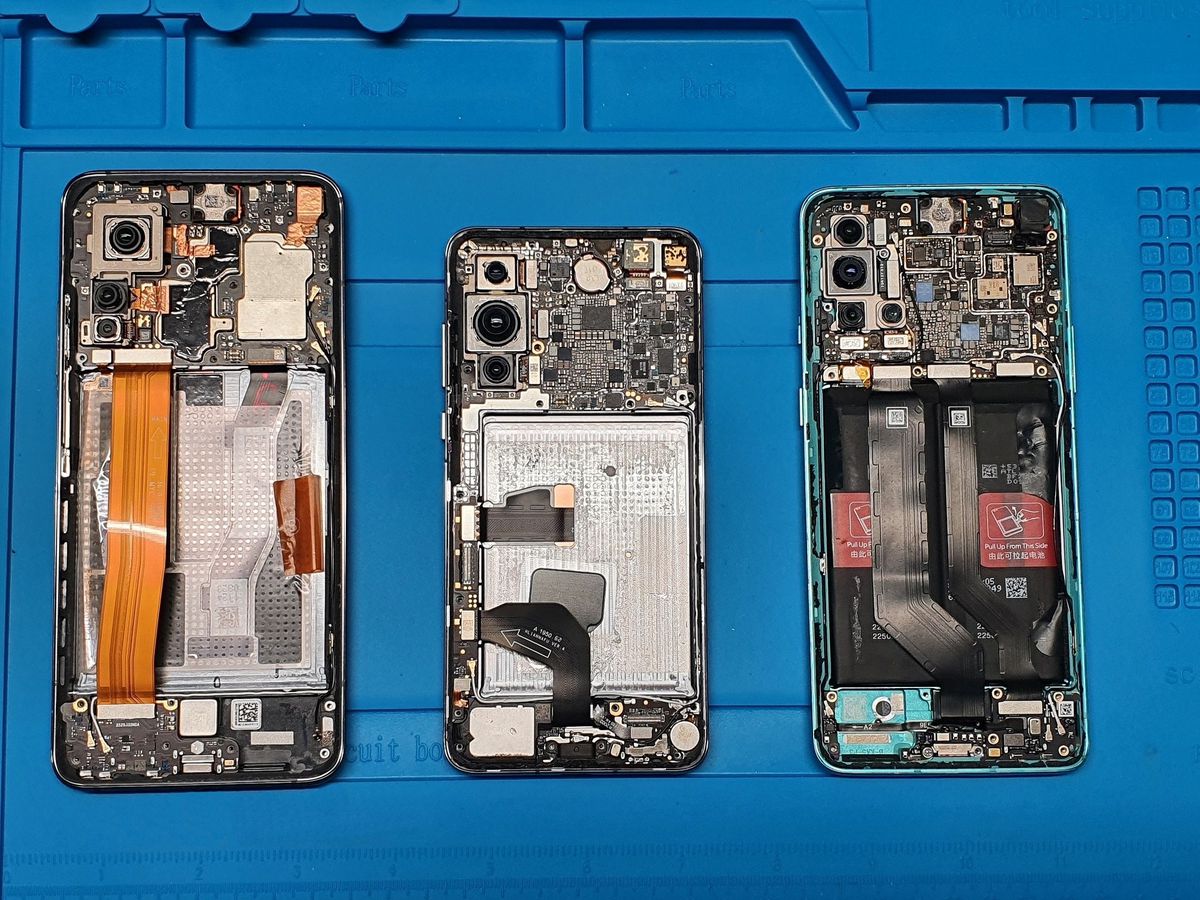