British tour operators claimed today that ‘almost every’ hotel they work with in Europe is turning away summer bookings in favour of firms from other countries because UK tourists are not confident enough to travel.

Travel chiefs warned that ‘uncertainty’ amid rumours over an ‘amber watchlist’ in Britain has led to hotels on the continent favouring block bookings from operators based in France, Germany and eastern Europe.

They added that European travellers are ‘taking our beds’ while tour operators in the UK ‘have the sword of Damocles constantly hanging over us and things could change and result in cancellations at any moment’.

The sector has repeatedly warned the current traffic light system is hitting consumer confidence and there are now claims that hoteliers on the continent are no longer willing to accept bookings from UK companies.

Noel Josephides, director of Aito, the Specialist Travel Association, and chairman of tour operator Sunvil, said today that his London-based firm was seeing bookings turned away with ‘almost every single hotel we work with’.

He told MailOnline: ‘We hold what we call allocations of hotel beds – and they are based on a release basis. Some want a release one week before, some two weeks, some one month.

‘And what’s happening is that they’re withdrawing those allocations because we can’t say now that we will be sending people in August, because basically there is no confidence here in the public to travel.

‘That’s what’s happening, that’s how it works. With hotels, you don’t ring up every time – you have so many kind of rooms and release them back.

‘Because of the uncertainty they are seeing that there are no bookings, so they’re saying I’ve got a German operator, I’ve got a French, I’ve got an eastern European.’

Boris Johnson yesterday abandoned proposals to create a controversial new ‘amber watchlist’ to identify countries which could turn red at a moment’s notice after a furious backlash and warnings the category would further decimate the beleaguered travel industry.

The Prime Minister is now under pressure to go even further, with dozens of travel firms demanding he ditch the existing system and replace it with a single ‘red list’ of banned countries.

Mr Josephides that the UK Government needed to restore confidence in the industry by guaranteeing that those who go to an to an amber or green destination will not need to quarantine when they get back, between now and the end of the summer season.

He said that the industry was trading ‘but it’s crumbs’ and said the recent back-and-forth rumours of the amber watchlist were a ‘terrible way of going about things’.

Meanwhile, the Government’s handling of international travel has been further plunged into chaos after it emerged the boss of the Joint Biosecurity Centre, which advises ministers on the rules has quit, with no successor in place.

The JBC pores over international coronavirus data and analyses it to inform the decisions on which countries go onto which list.

The Guardian reported last night that Clare Gardiner had left her role as director general and it is currently unclear who is actually in charge of the body, with critics claiming it is ‘rudderless’ at a crucial time.

Education Minister Gillian Keegan today confirmed that Ms Gardiner had resigned but rejected the claim of the organisation being ‘rudderless’.

The Department of Health and Social Care said Ms Gardiner had ‘returned as planned to a role in national security’ and the JBC ‘continues to operate routinely under robust interim arrangements’ with a replacement to be ‘announced imminently’.

Ms Keegan also appeared to hint that the ‘amber plus’ list which requires all returning travellers from France, including the double-jabbed, to quarantine could be scrapped.

She said the Government wants the travel rules to be ‘simple enough for people to really understand’ and to take decisions ‘based on the system so we have the red list countries, the amber list countries and the green list countries’.

The comments also seemed to hint that the ‘green watchlist’ – a category for countries which are at risk of losing their green status – could be axed.

Pushed on whether ‘amber plus’ would be scrapped, Ms Keegan would not be drawn and said Transport Secretary Grant Shapps will deliver an update to the travel rules on Thursday.

But travel expert Paul Charles, director of The PC Agency consultancy, said he expects further changes will be made, claiming ‘high level’ sources had told him the ‘amber plus’ and ‘green watchlist’ categories would be dropped.

It is thought Mr Shapps could add 10 countries to the green list this week, including Austria, the Czech Republic and Germany.

It came amid reports that Mr Shapps is being blamed by some of his Cabinet colleagues for the latest travel rules debacle.

Five Cabinet sources told Politico that they believed Mr Shapps and the Department for Transport were responsible for the chaos.

Boris Johnson, pictured Downing Street today, is facing calls from the travel industry to completely ditch the existing traffic light system and replace it with a single ‘red list’ of banned countries

The PM yesterday dramatically dropped plans for a new ‘amber watchlist’ amid a furious backlash from Tory MPs. Pictured: People embrace as they arrive from the United States at Heathrow’s Terminal 5 following the easing of quarantine for those fully jabbed in the US and the EU

Spain and Italy are thought to have been among the countries set for the watch list – a move which industry experts warned could ruin the holiday plans of millions of Britons. Pictured: A mother and her son check the departures at Heathrow Airport today

The PM (pictured during a visit to Stevenage yesterday) last night axed much-hate proposals for a new section of the amber list, which would have highlighted holiday destinations at risk of being put on the UK’s dreaded red list

A minister today hinted that the ‘amber plus’ list could be scrapped this week to reopen quarantine-free travel from France.

Education Minister Gillian Keegan said the Government wants the travel traffic light rules to be ‘simple enough for people to really understand’ and to take decisions ‘based on the system so we have the red list countries, the amber list countries and the green list countries’.

Her comments appeared to suggest that the ‘amber plus’ category could be ditched.

The category was created solely for France amid fears over the spread of the Beta coronavirus variant.

It currently means that all travellers, including the fully-vaccinated, must quarantine for 10 days when they come to the UK from the country.

Moving France back to amber would allow the fully-vaccinated to travel quarantine-free and would provide a major boost to the tourism industry.

Pushed on whether ‘amber plus’ would be scrapped, Ms Keegan would not be drawn and simply said Transport Secretary Grant Shapps will deliver an update to the travel rules on Thursday.

It is thought Mr Shapps will announce that 10 countries are being added to the green list, including Austria, the Czech Republic and Germany.

The latest coronavirus developments came as:

Major airlines and tour operators have signed a letter to Mr Johnson calling for a complete overhaul of the traffic light system.

They called for the UK to adopt a US-style system, where fully-vaccinated citizens can travel to any countries that will allow them to enter.

Provided they take a pre-departure test on their return, double-jabbed American holidaymakers do not need to quarantine when they get home.

The Save Our Summer group, which co-ordinated the letter to the PM, accepted there would continue to be ‘a number of red countries which would be out of bounds’ to British travellers.

But the signatories said everywhere else would be accessible to the fully jabbed and the ‘easy-to-understand’ policy would build confidence among consumers.

The group also called for an end to the requirement for the fully-vaccinated to have a PCR test on the second day after returning from a green or amber country.

The letter, seen by the Mail, was last night signed by more than 300 travel firms.

It stated: ‘We urge Ministers to simplify travel urgently so that at least the key travel month of August can be salvaged.

‘The traffic light system should be either abandoned or made much easier, along the lines of the American system.

‘There would continue to be some red countries which would be out of bounds but the majority of destinations would be accessible to the fully jabbed.

‘We call on the Prime Minister to act swiftly so as to save tens of thousands of jobs and provide clarity for consumers hoping to travel to see loved ones.’

He told the Mail: ‘I’m in favour of anything that is simplified and more easy to understand.

‘The traffic light system could have provided that but shortly after it was announced there were all sorts of caveats.’

She said: ‘The traffic light system is not working and there is disagreement within Government about how to move forward.

‘While the situation remains uncertain and complex, the Government must provide job-saving support to our aviation and travel industry.’

France and Germany had put in place sector-specific support for aviation but ‘the UK civil air transport sector has haemorrhaged jobs’, she said.

The Save Our Summer group also called for an end to the requirement for the fully-vaccinated to have a PCR test on the second day after returning from a green or amber country (Pictured: A beach in Tarragona, Spain, last month)

In a sign that fatalities may start to flatten out or even fall within the next week, Covid hospital admissions fell by nearly 20 per cent in England. Some 593 infected patients were admitted for medical treatment on July 31, the most recent day NHS figures are available for. For comparison, 734 patients were hospitalised the previous Saturday

Fiona Charrington, chief executive of Martin Randall Travel, said: ‘Some hoteliers are losing patience. If there’s a German company wanting to book or a British one, of course they will go with the one who is less likely to make last-minute changes.’ (Pictured: Tourists enjoying the sizzling temperatures in Greece)

What are the current travel traffic light rules?

But there is also an ‘amber plus’ list and ministers were considering introducing an ‘amber watchlist’.

Amber Plus: A new category which currently only includes France. It means everyone returning from the country, including the fully-vaccinated, must quarantine at home for… 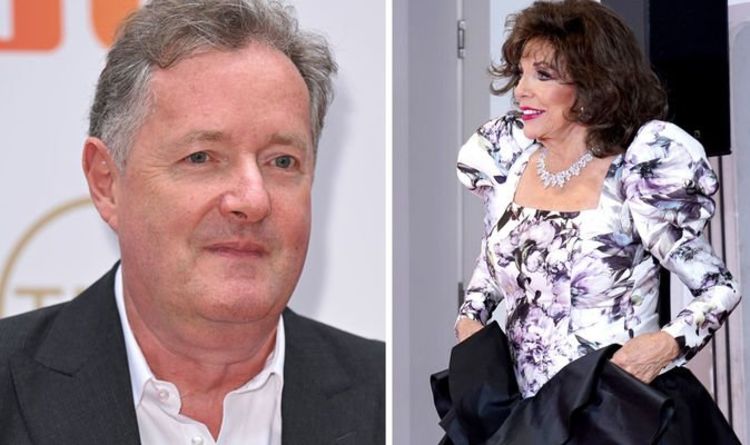 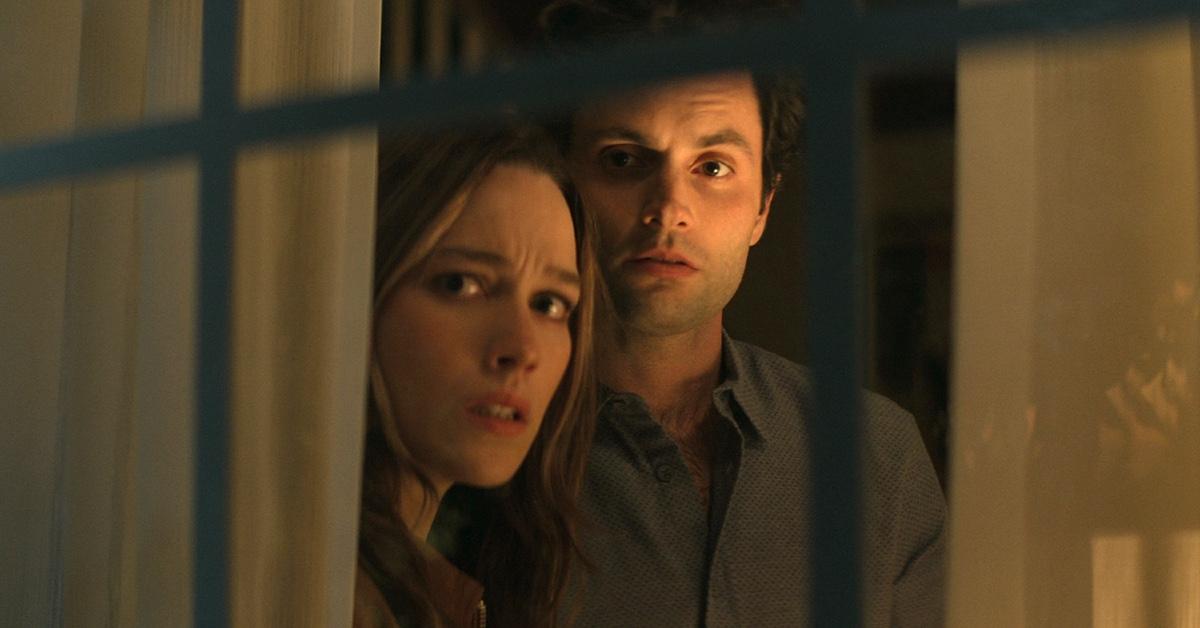